X-linked agammaglobulinemia (XLA) is a rare genetic disorder discovered in 1952 that affects the body’s ability to fight infection. As the form of agammaglobulinemia that is X-linked, it is much more common in males. In people with XLA, the white blood cell formation process does not generate mature B cells,[2] which manifests as a complete or near-complete lack of proteins called gamma globulins, including antibodies, in their bloodstream. B cells are part of the immune system and normally manufacture antibodies (also called immunoglobulins), which defend the body from infections by sustaining a humoral immunity response. Patients with untreated XLA are prone to develop serious and even fatal infections. A mutation occurs at the Bruton’s tyrosine kinase (Btk) gene that leads to a severe block in B cell development (at the pre-B cell to immature B cell stage) and a reduced immunoglobulin production in the serum. Btk is particularly responsible for mediating B cell development and maturation through a signaling effect on the B cell receptor BCR. Patients typically present in early childhood with recurrent infections, in particular with extracellular, encapsulated bacteria.[3] XLA is deemed to have a relatively low incidence of disease, with an occurrence rate of approximately 1 in 200,000 live births[4] and a frequency of about 1 in 100,000[5] male newborns. It has no ethnic predisposition. XLA is treated by infusion of human antibody. Treatment with pooled gamma globulin cannot restore a functional population of B cells, but it is sufficient to reduce the severity and number of infections due to the passive immunity granted by the exogenous antibodies.[3]

XLA is caused by a mutation on the X chromosome (Xq21.3-q22) of a single gene identified in 1993 which produces an enzyme known as Bruton’s tyrosine kinase, or Btk.[3] XLA was first characterized by Dr. Ogden Bruton in a ground-breaking research paper published in 1952 describing a boy unable to develop immunities to common childhood diseases and infections.[6] It is the first known immune deficiency, and is classified with other inherited (genetic) defects of the immune system, known as primary immunodeficiency disorders.

Affects males 50% of the time if mother is a carrier for the gene. Children are generally asymptomatic until 6–9 months of age when maternal IgG decreases. Present with recurrent infections with Streptococcus pneumoniae, Haemophilus influenzae, Mycoplasma pneumoniae, hepatitis virus, and enterovirus CNS infections. Examination shows lymphoid hypoplasia (tonsils and adenoids, no splenomegaly or lymphadenopathy). There is significant decrease in all immunoglobulins.

Most antibodies are gamma globulins. Antibodies are made mainly by plasma cells, which are daughter cells of the B cell line. The Btk enzyme plays an essential role in the maturation of B cells in the bone marrow, and when mutated, immature pro-B lymphocytes are unable to develop into pre-B lymphocytes, which normally develop into mature (naive) B cells that leave the bone marrow into the blood stream.

The disorder is inherited in an X-linked recessive fashion (as the gene linked to it is on the X chromosome) and is almost entirely limited to the sons of asymptomatic female carriers.[3] This is because males have only one copy of the X chromosome, while females have two copies; one normal copy of an X chromosome can compensate for mutations in the other X chromosome, so they are less likely to be symptomatic.

There is 30–50% chance of XLA patients having a positive family history of genetic inheritance. The rest of the cases occur as random mutations.[4] If a carrier female gives birth to a male child, there is a 50% chance that the male will have XLA. A carrier female has a 25% chance overall of giving birth to an affected male child. An XLA patient will pass on the gene, and all of his daughters will be XLA carriers, meaning that any male grandchildren from an XLA patient’s daughters have a 50% chance of inheriting XLA. A female XLA patient can arise only as the child of an XLA patient and a carrier mother. XLA can also rarely result from a spontaneous mutation in the fetus of a non-carrier mother.

XLA diagnosis usually begins due to a history of recurrent infections, mostly in the respiratory tract, through childhood. This is due to humoral immunodeficiency.[4] The diagnosis is probable when blood tests show the complete lack of circulating B cells (determined by the B cell marker CD19 and/or CD20), as well as low levels of all antibody classes, including IgG, IgA, IgM, IgE and IgD.[3]

When XLA is suspected, it is possible to do a Western Blot test to determine whether the Btk protein is being expressed. Results of a genetic blood test confirm the diagnosis and will identify the specific Btk mutation,[3] however its cost prohibits its use in routine screening for all pregnancies. Women with an XLA patient in their family should seek genetic counseling before pregnancy. Although the symptoms of a XLA and other primary immune diseases (PID) include repeated and often severe infections, the average time for a diagnosis of a PID can be up to 10 years.[citation needed]

The most common treatment for XLA is an intravenous infusion of immunoglobulin (IVIg, human IgG antibodies) every week, for life. IVIg is a human product extracted and pooled from thousands of blood donations. IVIg does not cure XLA but increases the patient’s lifespan and quality of life, by generating passive immunity, and boosting the immune system.[3] With treatment, the number and severity of infections is reduced. With IVIg, XLA patients may live a relatively healthy life. A patient should attempt reaching a state where his IgG blood count exceeds 800 mg/kg. The dose is based on the patient’s weight and IgG blood-count.

Muscle injections of immunoglobulin (IMIg) were common before IVIg was prevalent, but are less effective and much more painful; hence, IMIg is now uncommon. Subcutaneous treatment (SCIg) was recently approved by the U.S. Food and Drug Administration (FDA), which is recommended in cases of severe adverse reactions to the IVIg treatment.

Antibiotics are another common supplementary treatment. Local antibiotic treatment (drops, lotions) are preferred over systemic treatment (pills) for long-term treatment, if possible. One of the future prospects of XLA treatment is gene therapy, which could potentially cure XLA. Gene therapy technology is still in its infancy and may cause severe complications such as cancer and even death. Moreover, the long-term success and complications of this treatment are, as yet, unknown. 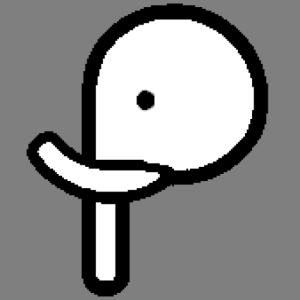