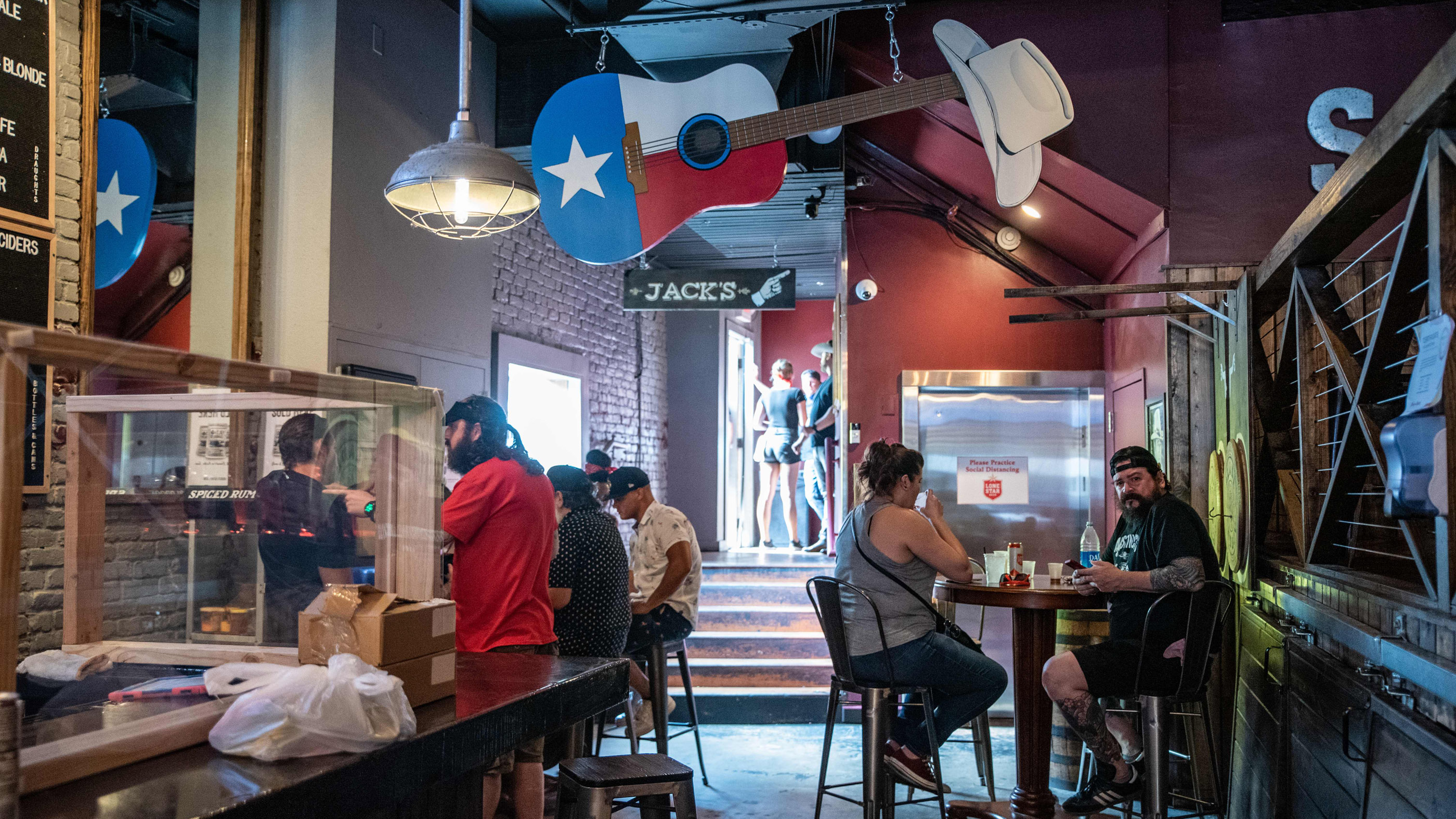 The United States had its second day of record-high cases of COVID-19.

On Thursday (June 25), the U.S. recorded 40,184 new cases, which is higher than any other single-day caseload throughout the entire pandemic to date, according to data collected by Worldometer. Wednesday’s new cases — 38,390 — were the highest since April 24.

The soaring case numbers are being blamed on both state reopenings and increased testing, according to news reports. The surge is so worrisome that some states are either pausing the next phases of reopening or rolling back their reopenings.

Related: Live updates: Read the latest news on the coronavirus across the globe

Arizona is one of those states. Maricopa County, where Phoenix is located, “is surpassing 2,000 cases a day, eclipsing the New York City boroughs even on their worst days,” doctors wrote in a blog for the PolicyLab at the Children’s Hospital of Philadelphia, which is producing forecasts for COVID-19 in the U.S. “It is fair to say that the state of Arizona has lost control of the epidemic. So too has Texas, where the Houston area surpassed 1,600 daily cases, and their children’s hospital began admitting adult patients. Florida is not far behind in our projections.”

Those three states, along with South Carolina, have seen record increases in new cases over the last week, calculated using a seven-day average to account for single-day anomalies, The Washington Post reported.

So which indicators should you be watching to determine whether your state or county is moving in the right direction or not?

Test positivity rate: By looking at the proportion of tests that turn up positive for COVID-19, you can see whether transmission in your area is increasing, the PolicyLab reported. More testing means you’ll likely see more cases just because you are testing asymptomatic or mildly symptomatic people whose cases might otherwise go unnoticed; the positivity rate gets rid of that confounding factor. (Arizona’s positivity rate is continuing to increase, currently at 23.2%, according to Johns Hopkins University. New York’s positivity rate, which peaked at around 50% in the beginning of April, has dropped to 1.1%.)

New hospitalizations: Daily new hospitalization numbers (over a 3-day or 7-day rolling average) can reveal whether your area has the coronavirus under control or not. It can take a few weeks for people who contract COVID-19 to get sick enough to be hospitalized, so this number is a bit delayed compared with new cases, according to the Policy Lab. But people who are sick enough to be hospitalized are unlikely to be missed, so increased testing would not affect that number. “It is unequivocal. If your hospitalizations are increasing, the risk in your area is increasing,” according to PolicyLab

Compared to earlier in the pandemic, more states are reporting cases increasing in younger people, who are as a group less likely to be hospitalized or die from the disease. Even so, “they’re still at risk for spreading coronavirus to other medically vulnerable people in their communities when they go to the store, travel for summer vacation or if they work at places like restaurants. This risk grows even higher if they don’t wear masks in crowded indoor locations,” the PolicyLab noted.

This spread to older people occurred in Iran, according to Florian Krammer, a professor in the Department of Microbiology at the Icahn School of Medicine at Mount Sinai. After seeing a decline in new cases beginning in April, Iran showed an uptick starting about May 1, Krammer said on Twitter. “But deaths did not go up. People explained to me, that now mostly young people are getting infected so nothing bad would happen,” Krammer tweeted.

That was wishful thinking, because on May 25, daily deaths also started to increase. “This is a solid 3-4 week delay. What happened? First, it takes time to die of COVID-19. Second, cases probably really built up in younger people. But they diffuse into older populations. And then the deaths rose,” Krammer tweeted.

Burden on hospital system: In addition to looking at new hospitalizations, check to see if hospitals have the capacity to treat severe COVID-19 infections. That means looking at ICU beds available, preferably over a 7-day rolling average. “The number of available intensive care beds helps us gauge the ability of our health care system to handle a potential surge of seriously ill COVID-19 patients,” according to the city and county of San Francisco, whose goal is to maintain at least 20% availability of ICU beds.

Contact tracing: Knowing how many people who may be infected are being contacted and isolated can tell you how out-of-control an outbreak is. For instance, if public health officials reach out to the contacts of everyone who tests positive and make sure they’re isolating at home, those people will not spread it further. But if health officials aren’t tracing the contacts of many people who test positive for COVID-19, that means the epidemic is spreading largely out of control. In San Francisco, for instance, the goal is to contact 90% of those exposed to positive cases.