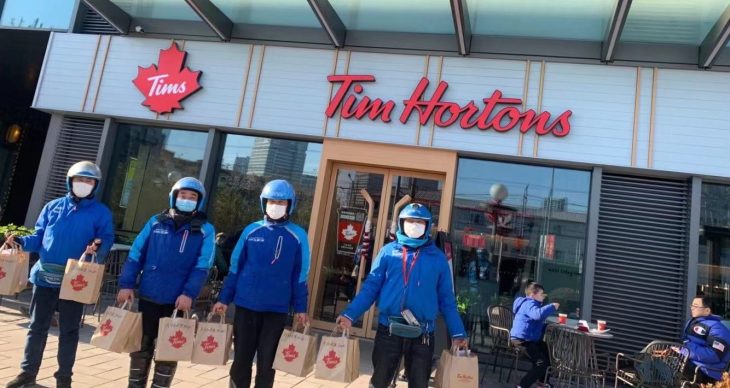 Canadian coffee-and-doughnut chain Tim Hortons has secured a heavyweight partner to further its China expansion. The company announced on its social media account (in Chinese) on Tuesday that it has landed funding from Tencent, the Chinese social networking and gaming giant, without disclosing the size of the proceeds.

Tim Hortons did not immediately respond to TechCrunch’s request for comment. A spokesperson for Tencent declined to comment on the investment.

The 55-year-old Canadian coffee chain entered China in February 2019. With Alibaba already tapped by Starbucks, its archrival Tencent became an obvious ally for Tim Hortons. The coffee firm said the fresh capital will go towards setting up digital infrastructure, such as a WeChat-based mini app, and opening more storefronts. It currently counts about 50 locations in China, most of which are in Shanghai, and aims to reach 1,500 stores without specifying a deadline for the plan.

Investors and businesses have in recent years been jostling to convert a nation of tea drinkers into coffee consumers by merging online and offline retail. Starbucks palled up with Alibaba on a series of “new retail” efforts, which include shared membership perks between the two, delivery carried out by Alibaba’s Ele.me, voice ordering, and a distribution partnership with Alibaba’s omnichannel supermarket Hema. Coffee upstart Luckin, which is recently ensnarled in an accounting scandal, was digital from day one and focuses on app orders and 30-minute delivery.