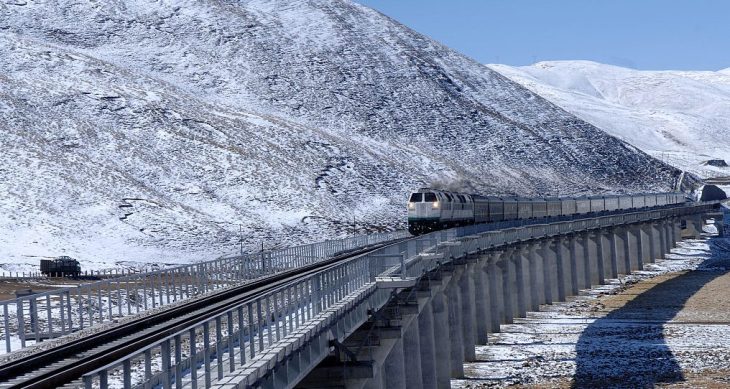 A sprawling 645,000-square-meter data facility is going up on the top of the world to power data exchange between China and its neighboring countries in South Asia.

The cloud computing and data center, perched on the plateau city Lhasa, the capital of Tibet, and developed by private tech firm Ningsuan Technologies, has entered pilot operation as it announced the completion of the first construction phase, China’s state news agency Xinhua reported (in Chinese) on Sunday.

Northeast of the Himalayas, Tibet was incorporated as an autonomous region of China in 1950. Over the decades, the Chinese government has been grappling with demand from many Tibetans for more religious freedom and human rights in one of its most critical regions for national security.

The plateau is now a bridge for China to South Asia under the Belt and Road Initiative, Beijing’s ambitious global infrastructure project. Ningsuan, a Tibet-headquartered company with data control centers in Beijing and research teams in Nanjing, is betting on the increasing trade and investment activity between China and India, Nepal, Bangladesh and other countries that are part of the BRI.

This generates the need for robust IT infrastructure in the region to support data transmission, Hu Xiao, Ningsuan’s general manager, contended in a previous media interview.

While hot days and spotty power supply in certain South Asian regions incur higher costs for running data centers, Tibet, like the more established data hub in Guizhou province, is a natural data haven thanks to its temperate climate and low average temperature that are ideal for keeping servers cool.

Construction of the Lhasa data center began in 2017 and is scheduled for completion around 2025 or 2026, a grand investment that will total almost 12 billion yuan or $1.69 billion. The cloud facility is estimated to generate 10 billion yuan in revenue each year when it goes into full operation.

Alibaba has skin in the game as well. In 2018, the Chinese e-commerce giant, which has a growing cloud computing business, sealed an agreement (in Chinese) with Ningsuan to bring cloud services to industries in the Tibetan region that span electricity supply, finance, national security, government affairs, public security, to cyberspace.