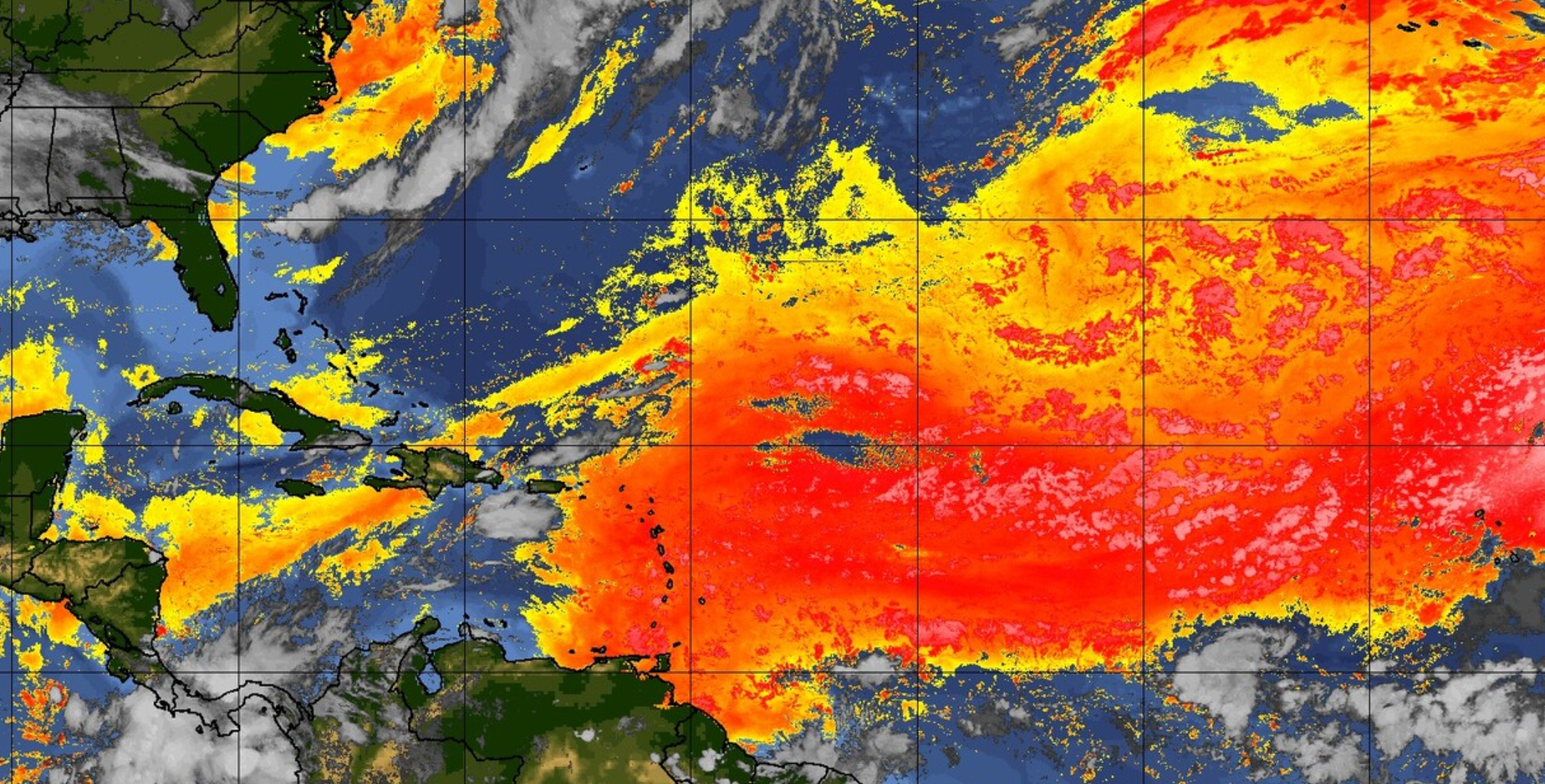 A huge plume of Sahara Desert dust that drifted across the Atlantic Ocean has reached the southeastern United States.

These events have happened before, according to Marshall Shepherd, director of the University of Georgia’s Atmospheric Sciences Program. Hundreds of millions of tons of dust from the giant North African desert collect in plumes and move west every year, and those plumes have long helped build up Caribbean beaches and fertilize soil in the Amazon, Shepherd wrote for Forbes. The dust also routinely poses respiratory issues for people in impacted areas.

But this plume, which the National Weather Service (NWS) expects to blanket the U.S. Southeast and Puerto Rico through the weekend, is the biggest in at least the past 50 years.

The dust outbreak is “by far the most extreme of the MODIS satellite record — our most detailed, continuous record of global dust back to 2002,” tweeted Michael Lowry, an atmospheric scientist at the Federal Emergency Management Agency (FEMA). MODIS (the Moderate Resolution Imaging Spectroradiometer) is a NOAA satellite instrument that takes daily pictures of the Earth to track weather events.

The plume is 3,500 miles (5,600 kilometers) long, according to Reuters, and will impact regions as far flung as Puerto Rico, Texas and North Carolina over the weekend, according to the NWS. The Weather Channel reported that some of the dust might reach thelower Midwest and as far north as the Chesapeake Bay before receding back to the Atlantic on Monday (June 29). The National Oceanic and Atmospheric Administration (NOAA) said the dust plume extends vertically 5,000 to 20,000 feet (1,500 to 6,000 meters) into the atmosphere, which is just about as tall as Denali (20,310 feet or 6,190 m) in Alaska, the tallest mountain in North America.

One impact of the dust is that it will prevent rainstorms from forming, according to the NWS. The dense, dry air of the plume can stop or slow the formation of hurricanes and tropical storms, and the dust itself can trigger toxic algae blooms, according to NOAA.

The brown haze should produce brilliant sunsets, according to The Weather Channel, but its most immediate impact will be reduced air quality, which can hurt anyone but is of particular concern to anyone with a chronic respiratory illness such as asthma.