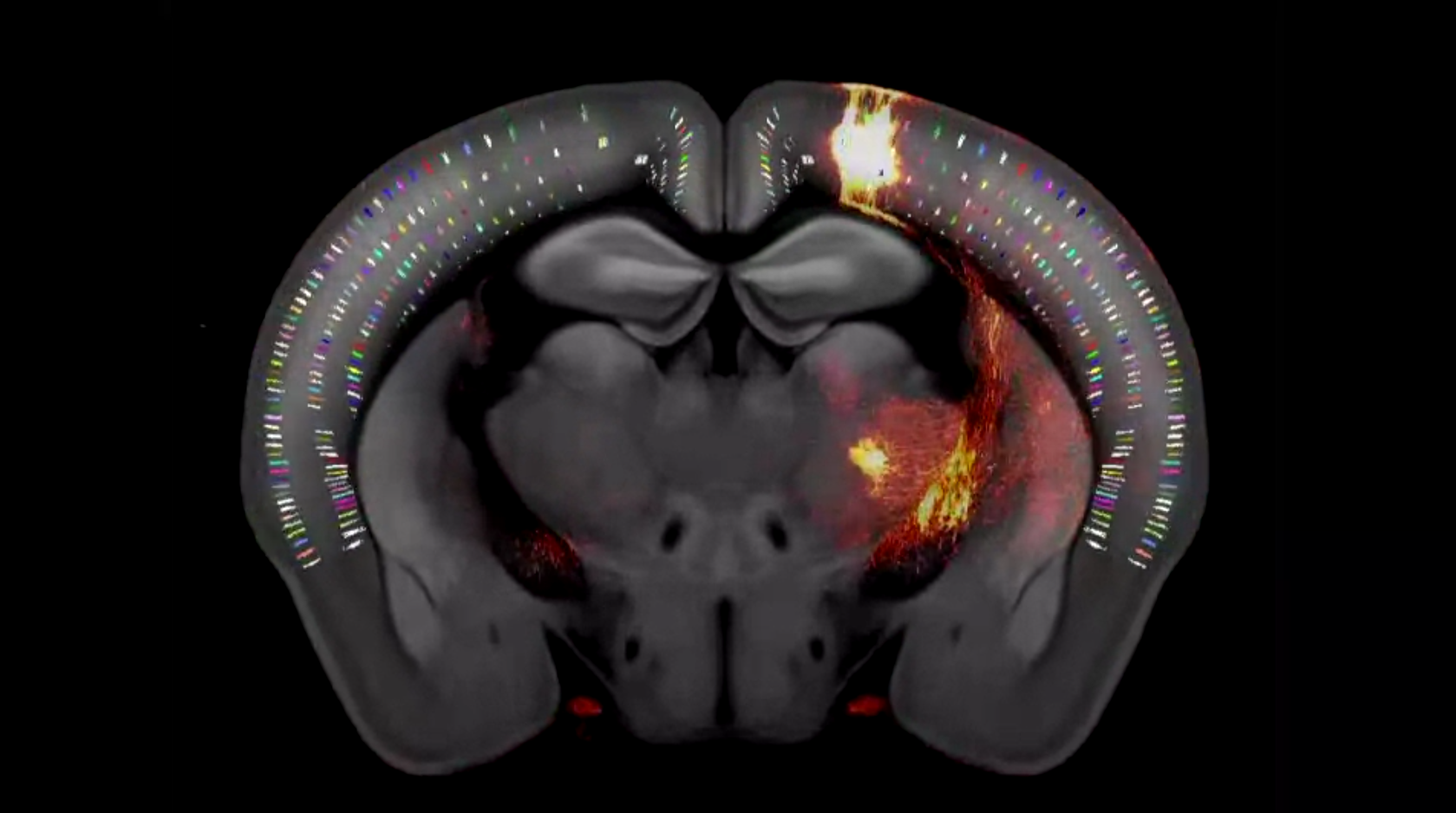 No, you’re not looking at a psychedelic Millennium Falcon: This flickering, ghostly image is the most detailed view of a mouse brain ever seen.

Researchers at the Allen Institute for Brain Science, a Seattle nonprofit dedicated to neuroscience, have been painstakingly recording every brain cell and every connection between those neurons in mice for the past several years. The result represents major progress since an earlier, simpler map they released in 2016. The now-complete map encompasses about 100 million cells, the institute reported in a paper published today (May 7) in the journal Cell.

The project aims to do for neuroscience what whole-genome sequencing did for biology in the 1990s: create a common, standardized mouse brain that all researchers working on mice can reference.

“In the old days, people would define different regions of the brain by eye. As we get more and more data, that manual curation doesn’t scale anymore,” Lydia Ng, an Allen Institute researcher and senior author of the Cell paper, said in the statement.

Typically, researchers trace connections between brain cells using thin slices of tissue that can be imaged and explored layer by layer. To build a comprehensive, three-dimensional map, the Allen Institute team instead broke the mouse brain into “voxels” — 3D pixels — and then mapped the cells and connections within each voxel.

The result comprises an “average” of the brains of 1,675 laboratory mice, to make sure the map was as standard as possible.

Mice are common “model organisms” in neuroscience. Their brains have fairly similar structures to humans’, they can be trained, they breed easily, and researchers have already developed robust understandings of how their brains work.

The hope is that the map will bring that understanding to a new level, the Allen Institute said. In doing so, neuroscientists will have a tool with which to develop new research programs and accelerate research already underway. The institute compared its achievement to 1990s-era efforts to sequence different organisms’ DNA for the first time, projects that transformed the way biologists work