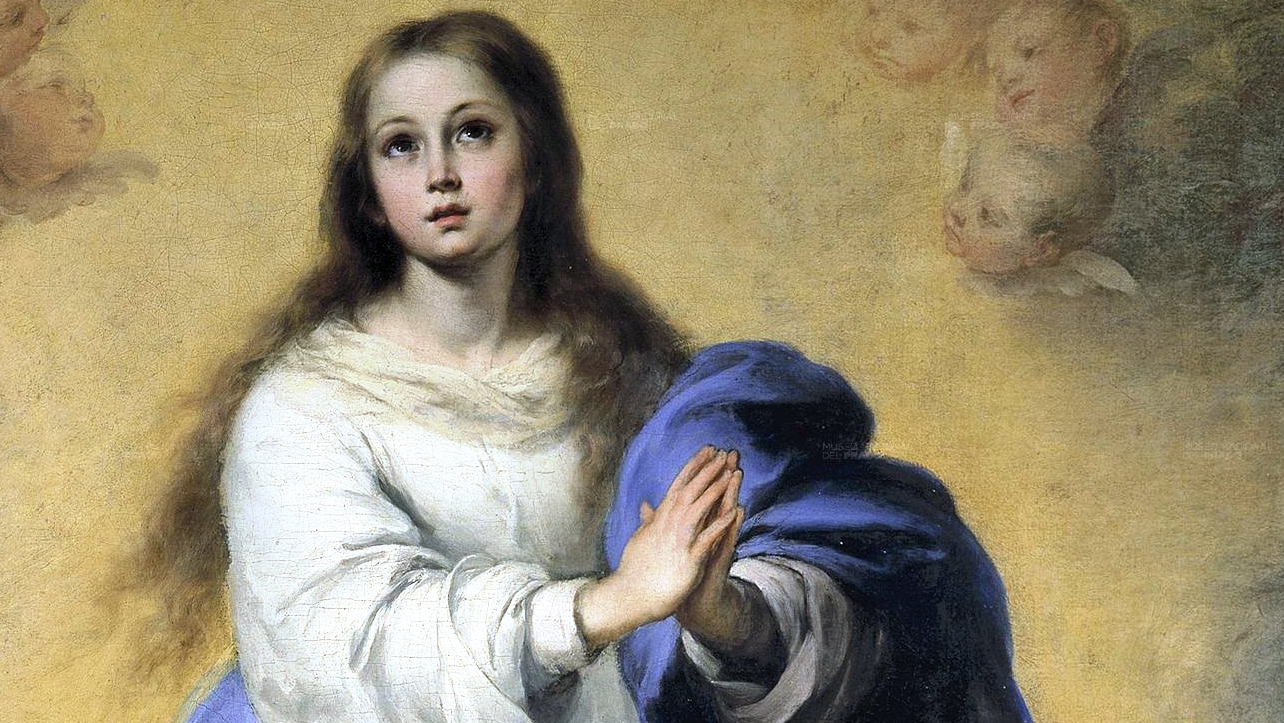 A botched restoration has left yet another famous painting unrecognizable.

This time, the restoration has left a painting of the Virgin Mary looking more like a kindergartener’s lopsided self-portrait. The painting was a copy of  “The Immaculate Conception of El Escorial,”  of the Virgin Mary was one of a famous series by the 17th-century Spanish artist Bartolomé Esteban Murillo. The original version by Murillo is hanging in the Prado Museum in Madrid, and this copy is likely to be by Murillo as well, according to a statement from the Association of Conservators-Restorers (ACRE) of Spain. ACRE is an advocacy group that has publicized the botched artwork as part of an effort to change the rules around restoring paintings in the country.

According to a Spanish-language report in Europa Press, the private collector who owned the copy hired a furniture restorer to fix up the old painting. He returned the painting in an unrecognizable, smudged state. After the collector complained, the restorer made another attempt to fix the painting, and returned it looking even less like the original artwork.

Europa Press noted that the incident recalls an earlier, unsuccessful restoration in Spain that famously ruined a fresco of Jesus wearing a crown of thorns and known as the Ecce Homo de Borja (it was on display in a church in Borja, Spain) by Cecilia Giménez.

(According to The Guardian, the wrecked aftermath of the Ecce Homo de Borja, nicknamed “Monkey Christ,” became a tourist attraction after the image was shared widely online.)

Some in Spain are now calling for tighter rules on the country’s art restoration market.

“We’re only familiar with the cases that society denounces in the press or social media, but there are many instances where people who have no training meddle,” Borja said.

Borja and her group, ACRE, are highlighting the case as part of an effort to change Spanish law. ACRE wants to amend a rule governing the handling of art to require that only trained professionals attempt these sorts of restorations. (In fact, ACRE denounces the use of the word “restoration” to describe what was done to the immaculate conception painting, and instead indicates this was “vandalism.”)

For now though, the circumstances that led to this unfortunate restoration are completely legal, however Murillo collectors might feel.