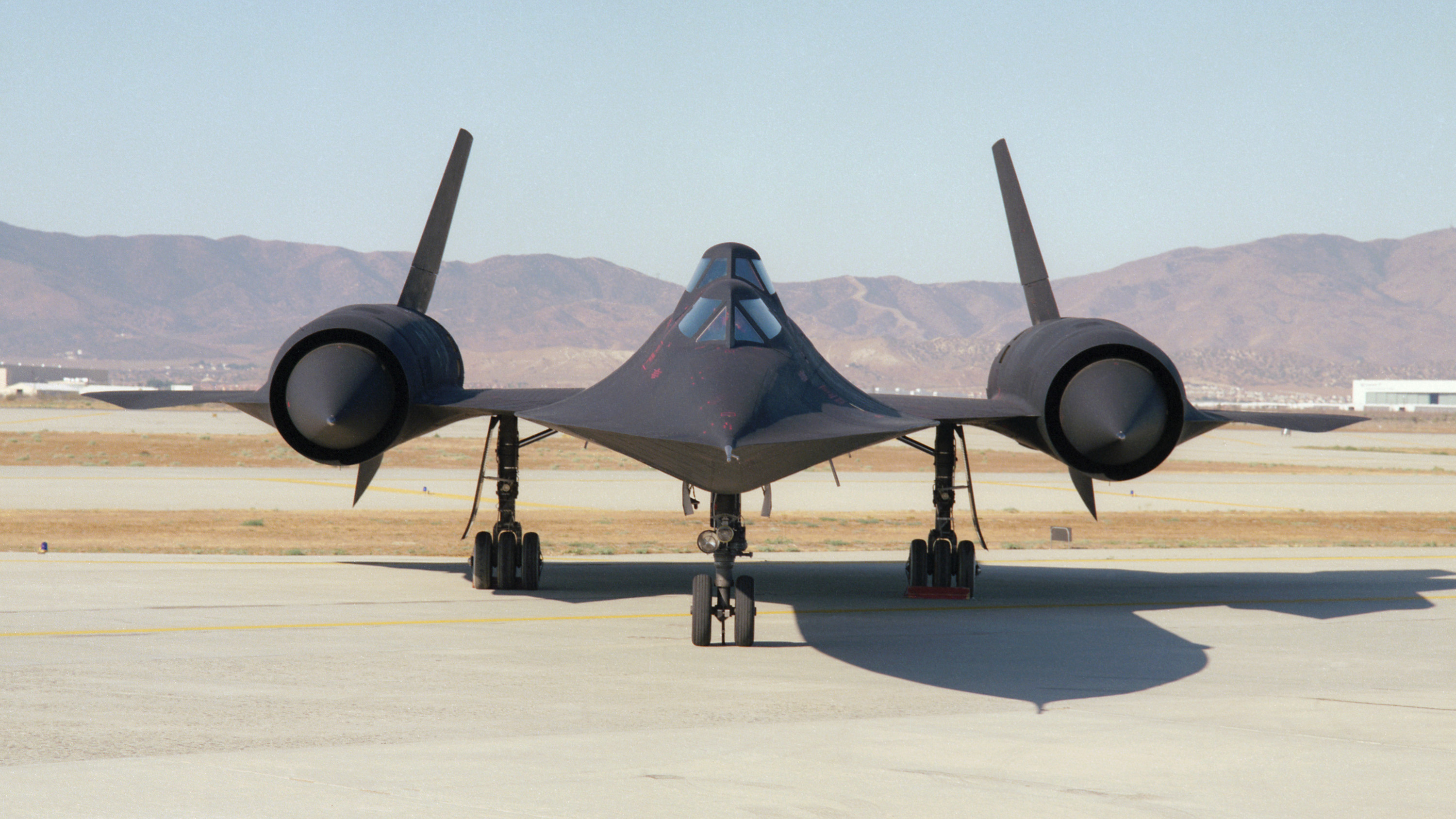 “A-12 is my contribution,” the SpaceX founder and CEO told Rogan, in an interview that was posted online Thursday (May 7). “Archangel 12, the precursor to the SR-71, coolest plane ever.”

Though Musk’s wording there is a bit ambiguous, Grimes indicated in a tweet on Tuesday (May 5) that the “coolest plane” reference is to the SR-71, which she called “our favorite aircraft.”

The SR-71, also called “Blackbird,” was a high-altitude spy plane built by the Lockheed Corporation that could fly three times faster than the speed of sound. “No weapons, no defenses, just speed. Great in battle, but nonviolent,” Grimes said in that Tuesday tweet.

The Blackbird, as Musk explained to Rogan, was based on the A-12, which Lockheed developed for the CIA’s Archangel project. (“Archangel” is also Grimes’ favorite song, she said in that same tweet.)

The A-12, which performed its first test flight in 1962, flew operational missions only briefly, from 1967 through its retirement a year later. The SR-71 had a much longer life, getting off the ground for the first time in 1964 and plying the skies through the late 1990s.

“Æ” needs a bit of explanation as well. This “ligature,” a combination of “a” and “e,” was a letter of the Old English Latin alphabet and remains a recognized letter in Norwegian, Danish and some other languages. We still come across it in English from time to time, in old-fashioned spellings such as “archæology” and “mediæval.”

“Æ” is pronounced “ash,” as Musk explained to Rogan. Indeed, that’s the name of the letter; the moniker was taken from a related character in the runic alphabet that meant “ash tree.”

There are other layers to this part of the name as well; Grimes explained that Æ is “my elven spelling of Ai (love &/or Artificial intelligence).” And X, she added, is “the unknown variable.”

X Æ A-12 Musk’s birthday is also notable: the child was born on May 4, “Star Wars Day,” as the billionaire entrepreneur pointed out to Rogan.

“I sure hope so,” replied Musk, who shares custody of his five other sons with ex-wife Justine Wilson.

This was Musk’s second appearance on Rogan’s podcast. During the first appearance, in September 2018, both men smoked a bit of marijuana. Weed is legal in California, where Rogan records his shows, but NASA was none too pleased nonetheless.

The space agency soon initiated an investigation into the “culture” of SpaceX and Boeing, both of which hold contracts to ferry NASA astronauts to and from the International Space Station. (SpaceX also holds a separate NASA deal to fly cargo missions to the orbiting lab.)