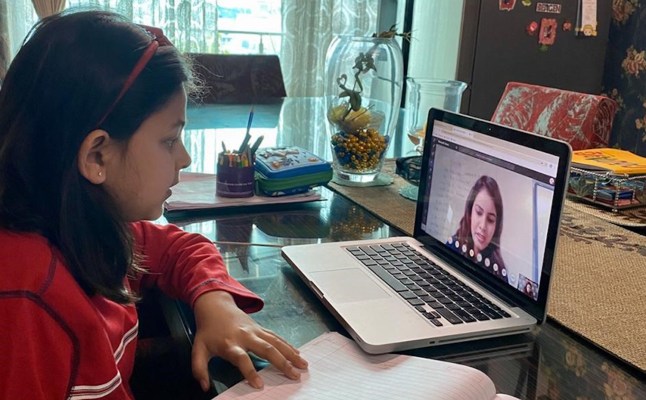 An India-based startup that has built a Shopify -like platform for coaching centers to accept fees digitally from students, and deliver classes and study material online has received the nod — and capital — from a number of high-profile investors.

The business-to-business startup, called Classplus, said on Monday that it has raised $9 million in its Series A financing round led by RTP Global, a prolific investor in early stage startups. Existing investors Blume Ventures, Sequoia Capital India’s Surge, Spiral Ventures, and Strive also participated in the round, said the two-and-a-half-year-old startup.

As dozens of firms bet on hundreds of millions of students — and their parents — to embrace digital learning apps, Classplus, also backed by Times Internet, believes that tens of thousands of teachers and coaching centers that have gained reputation in their neighborhoods are here to stay.

“We are serving these hyperlocal tutoring centers that are present in nearly every nook and cranny in India. Anyone who was born in a middle-class family here has likely attended these tution classes,” said Mukul Rustagi, co-founder and chief executive of Classplus, in an interview with TechCrunch.

“These are typically small and medium setups that are run by teachers themselves. These teachers and coaching centers are very popular in their locality. They rarely do any marketing and students learn about them through word-of-mouth buzz,” he said.

Classplus has on-boarded more than 3,500 coaching centers on its platform, said Rustagi, more than 500 of which started using the service in the month of April after Prime Minister Narendra Modi’s government ordered to shut down schools and other public gatherings in a bid to curb the spread of the coronavirus disease.

Coaching centers use Classplus to digitally communicate with students, deliver video classes and other study material, and accept payments. These coaching centers can engage with their students through Classplus’ mobile app and the website. “Joining the platform is as easy as signing up for a team collaboration app. The whole process takes less than 30 minutes,” said Rustagi.

“According to the Global Teacher Status Index by the Varkey foundation in 2018, India was among the top-10 in the world in respecting teachers, though was in the last-10 in paying them. Classplus is liquidating this imbalance by empowering tutors with full-stack mobile solutions, while maintaining and further improving the high reputation of tutors. We are happy to back the company with this important mission, and have Classplus as our first edutech bet in India,” said Kirill Kozhevnikov, a partner at RTP Global, in a statement.

The startup, which employs about 200 people, aims to have 10,000 coaching centers join its platform by the end of the year. It has a sales team and other members in about 70 cities in India currently. Classplus also plans to introduce additional features for coaching centers on its platform.