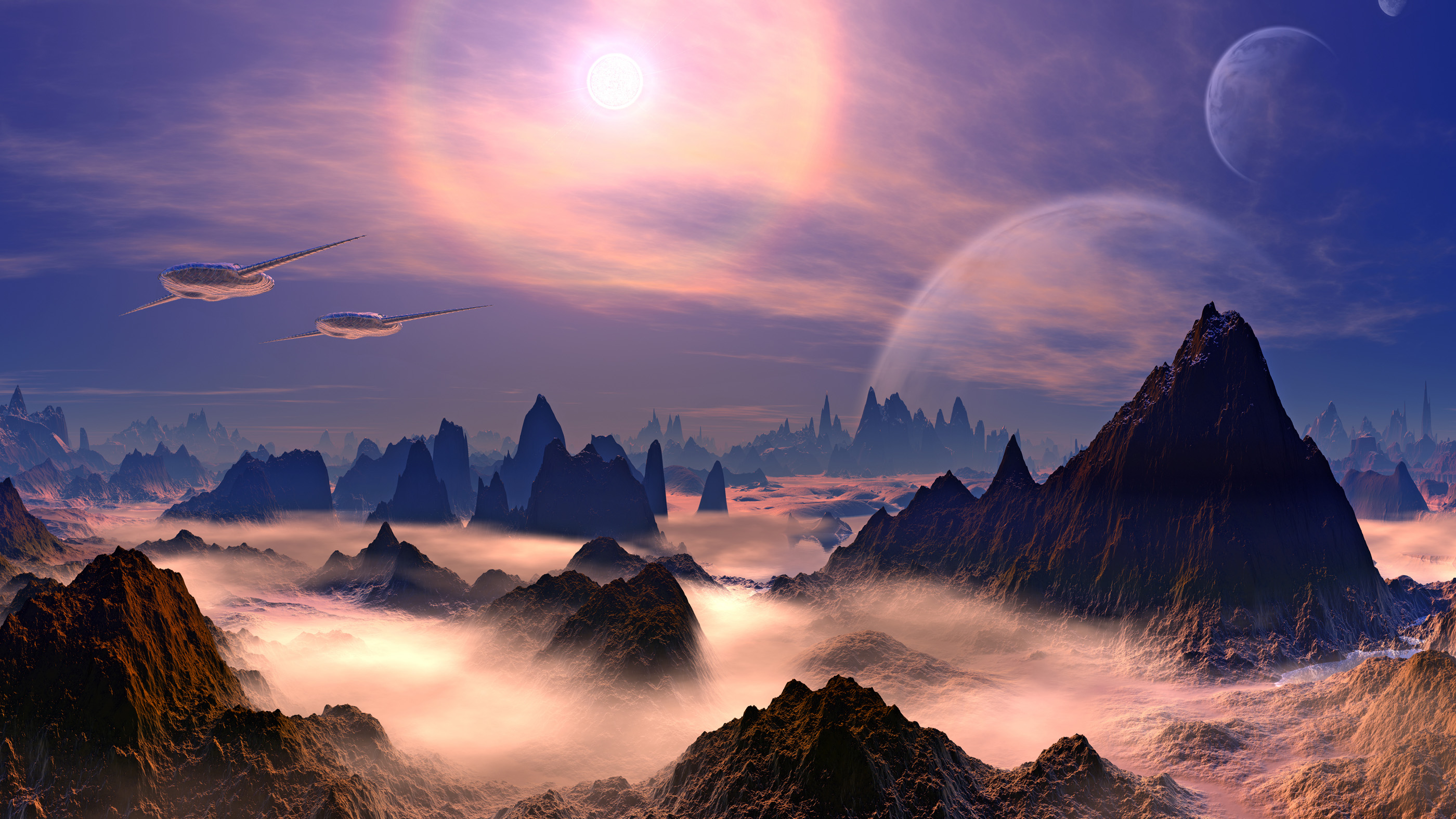 How many intelligent alien civilizations are out there among the hundreds of billions of stars in the spiral arms of the Milky Way? According to a new calculation, the answer is 36.

That number assumes that life on Earth is more or less representative of the way that life evolves anywhere in the universe — on a rocky planet an appropriate distance away from a suitable star, after about 5 billion years. If that assumption is true, humanity may not exactly be alone in the galaxy, but any neighbors are probably too far away to ever meet.

On the other hand, that assumption that life everywhere will evolve on the same timeline as life on Earth is a huge one, said Seth Shostak, a senior astronomer at the SETI Institute in Mountain View, California, who was not involved in the new study. That means that the seeming precision of the calculations is misleading.

“If you relax those big, big assumptions, those numbers can be anything you want,” Shostak told Live Science.

The question of whether humans are alone in the universe is a complete unknown, of course. But in 1961, astronomer Frank Drake introduced a way to think about the odds. Known as the Drake equation, this formulation rounds up the variables that determine whether or not humans are likely to find (or be found by) intelligent extraterrestrials: The average rate of star formation per year in the galaxy, the fraction of those stars with planets, the fraction of those planets that form an ecosystem, and the even smaller fraction that develop life. Next comes the fraction of life-bearing planets that give rise to intelligent life, as opposed to, say, alien algae. That is further divided into the fraction of intelligent extraterrestrial life that develops communication detectable from space (humans fit into this category, as humanity has been communicating with radio waves for about a century).

Solving the Drake equation isn’t possible, because the values of most of the variables are unknown. But University of Nottingham astrophysicist Christopher Conselice and his colleagues were interested in taking a stab at it with new data about star formation and the existence of exoplanets, or planets that circle other stars outside our own solar system. They published their findings June 15 in The Astrophysical Journal.

“This paper couldn’t have been written a few years ago,” Conselice told Live Science.

The researchers then calculated the number of those stars that are dense enough and stable enough to host planetary systems. A third of the stars older than 5 billion years qualified. Next, using what astronomers now know about the distribution of exoplanets, the researchers estimated the number of rocky planets within the habitable zones of those stars. They also calculated which stars are metal-rich enough to have orbiting rocky planets with the kind of elements you might need to construct, say, a radio transmitter. Finally, they set a lower limit of the life span of a communicating civilization at 100 years, based on Earth’s timeline with radio technology so far.

The result? If life on other planets follows the same trajectory as on Earth, there are 36 intelligent, communicating extraterrestrial civilizations sharing the Milky Way with humans today. There is uncertainty in this estimate, with a range from four other civilizations up to 211. If alien civilizations are likely to be distributed evenly throughout the Milky Way, our nearest neighbor would likely be 17,000 light-years away.

That means we’re quite unlikely to get in touch. The researchers calculate that a theoretical alien civilization would have to be broadcasting detectable signals for approximately 3,060 years for us to pick them up. That means to establish a two-way conversation with such a civilization, humanity (and the aliens) would have to hold it together for another 6,120 years.

There are more optimistic scenarios for meeting ET. If, for example, life can evolve any time after 5 billion years, but not necessarily right at 5 billion years, the number of possible civilizations in the Milky Way rises to about 928. In this case, a civilization has to communicate for just 1,030 years to make contact.

The problem with these numbers is that the authors filled in some of the blanks in the Drake equation with astronomical data while dispensing with some of the most complicated, controversial variables without much discussion, Shostak said. Does life really evolve on any rocky planet within the habitable zone of a sun-like star? Does intelligent life really reliably show up about 4.5 billion years later? Had a chance asteroid not knocked Earth around 66 million years ago, killing off the dinosaurs, the timeline of the evolution of intelligent life on Earth could look quite different, after all. Perhaps the most limiting variable, Shostak said, is the assumption that a communicating civilization only transmits signals for a century. That seems pessimistic even for human civilization, which has its struggles but seems unlikely to stop using radio waves in the next couple of months, he said.

Conselice said the calculations are a way of understanding humanity’s existence — and its future. If there turn out to be more civilizations out there in the galaxy than the new math predicts, that means that either life can evolve under far broader conditions than just Earth-like ones, or it means that civilizations tend to be far longer-lived than ours thus far.

“If we find a lot of them, that’s a good sign that we might have a very long lifetime for our civilization,” Conselice said.

On the other hand, if the search for extraterrestrial life continues to turn up empty, it could mean that life only rarely evolves, or that when civilization arises, it tends to self-destruct rapidly. Perhaps, the Milky Way was relatively bustling a few billion years ago, but those sparks of life have since gone out. In the end, Shostak said, there is only one way to find out.

“You’re only going to be able to write a paper in which you can make any estimate of how many alien societies there are once you find one or two,” Shostak said.