10 Most interesting ideas everyone should know about the universe

The universe  is intimidating and uplifting. We can know a lot about it, but perhaps never too much. The universe is a plethora of information that incites wonder and curiosity.

But we have learned a lot about it, relatively of course. So here are 10 most interesting ideas that you must know about our stars, galaxies and us.

The universe is expanding

The first fact that you MUST KNOW is that the universe has always been expanding. This is an uplifting fact that confirms the power of human mind and our ability to comprehend and explain the things around us. How? Because scientists already predicted it without even trying to predict it, long before this fact was discovered.

See, the 2nd law of thermodynamics says that entropy of a system naturally increases. In other words, things would naturally tend to become more and more balanced. A simple example of this law is a cup of coffee which naturally cools down until it reaches the temperature of the air around it. When this law was made, it was only used to explain small systems like car engines … but as it turns out … the entire universe seems to follow this law.

We can see into the past

Everyone knows that light and sound travel with certain speeds. But did you know that it is possible to see into the past using the fact that light has limited speed. In fact, we do it all the time. The reflection we see in the mirror is not actually fresh because light takes a very small amount of time to travel from us to the mirror and then back to us. But if we were to place this mirror a couple of light years away from you, the reflection shown in it will be very old. Light would start traveling from you to the mirror, by the time it reaches you back, you’d be old and your reflection will still be young. Similarly, if we can capture light from past historic events, we can record those historic events. We can actually see real videos of historical wars, great floods and earthquakes, dinosaurs and even the birth of our planet.

Say what? Yes! See, we’re all made of tiny particles. And tiny particles are not just particles, they’re particles and waves at the same time. This is the confusing reality explained by Heisenberg’s uncertainty principle. And since waves can travel through walls very easily, it is possible for a solid particle to behave as a wave and pass through walls. It happens only in subatomic particles though.

The universe will eventually "die"

Remember when we said that the universe is expanding. It was supposed to be uplifting right? Well, not that much! We already talked about the 2nd law of thermodynamics. Just like a cup of coffee cools down, the universe too, is cooling down. Heat from stars is moving to surroundings. Heat from every hot region is moving towards colder regions. Ultimately, the entire universe will have the same heat and temperature everywhere and there will be no difference between a star, space or a planet. But as per most theories, this “death” of the universe will be followed by a “rebirth.” The cosmos will reset itself, forming new stars, galaxies and planets. Perhaps this has been happening since forever and will keep happening forever. It’s just that we got created during one of these “rebirths.”

Night sky is a graveyard full of stories

The stars you see in the night, (if you don’t live in an awfully polluted place) are mostly dead. They’re long gone. You’re seeing a past image of them, when they were alive and light was travelling from them. By the time this light reaches our sky, so much time has passed that the stars have lost their energy and have been sucked into blackholes. But this graveyard of stars you see in the night tells you that nothing can exist forever and the 2nd law of thermodynamics makes sure that everything ultimately dies. If the stars were immortal and always emitted light; there would be no such thing as night. It’d be sunny as noon at 12 AM because the sky would’ve been illuminated by trillions of stars all over the universe. The fact that it’s dark at night proves that stars are born and after their course is over, they die, and stop giving out light.

There's water all over the universe

Remember when we used to wonder if there was water on Mars or water on Saturn and all of that? Well, turns out that water vapor is present in the atmospheres of most planets. In fact, there are entire oceans and glaciers in Europa and Enceladus moons. Maybe our survival in other places isn’t that much of an issue; the problem is how we get there.

We are made of stars

We’re made of Carbon and water, for the most part. This Carbon is estimated to have come from a mixture of dust of different stars which amalgamated into Earth, which gave birth to living species like humans. So we are, quite literally, made of stars.

Andromeda and Milky way are made for each other

We are inhabitants of the galaxy called Milky way. Andromeda is our nearby galaxy. Now just like water is sucked into a drain in the sink, these two galaxies will ultimately merge to form one giant galaxy. But it’s not expected to be a catastrophic event. Earth and all other planets will probably remain, but we might get a new second moon.

A tablespoon of a Neutron star weighs a billion tons

Yes, there are things denser than people who go out during Covid 19’ lockdown for no reason. Neutron stars are made of neutron particles that are so closely packed that there is very little space between them. This results in a very high density – a spoonful of Neutron stars would weigh a billion tons. It is believed that the universe at its beginning was far denser than a neutron star.

The Big “Bang” was probably not a bang

Sound travels through air or any other gas. The big bang was not an explosion to begin with, it was just sudden expansion of extremely densely packed particles. These particles arranged themselves at certain distances from each other, forming different elements. But since there was no air molecules to transfer sound energy, it was all probably really quiet. The creation of reality was quiet and it did not look like the image above. 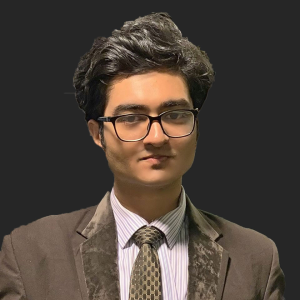 I'm a Mechanical Engineer, and an entrepreneur. I believe that science and engineering is a way of communicating with nature and reality. Unfortunately, our education system fails to incite 'intrigue' and 'curiosity,' we are flooded with information we don't understand. I write to educate students and to help them love the reality around them.
PrevPreviousTest yourself – Do you know the solar system?
NextHubble Space TelescopeNext
June 22, 2020

10 Most interesting ideas everyone should know about the universe